skip to main | skip to sidebar

Bombay is a peninsula, so is surrounded on three sides by water. I checked out the beach near Marine Drive, a posh bit of town near the tip of the city, this weekend. The beach is pretty nice, but I wouldn't go swimming in it. The sewage of the city pumps directly onto the beach. That doesn't seem to discourage everyone though. 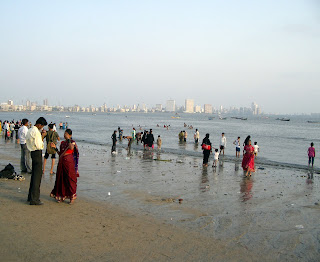 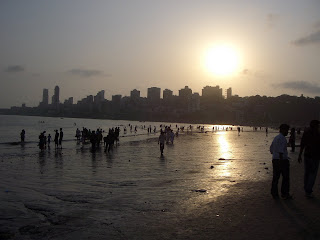 Beach Near Marine Drive (2 of 2)
I also saw a political rally in town, near the Taj hotel. The kid at the front was very enthusiasticaly waving the flag. 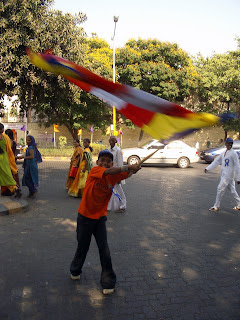 Kid With Flag
Posted by William Bond at 09:38

I second mom. By the way, these pictures aren't showing up on my computer...

Great idea about the Blog -- problem with the pictures, though...